Get a Free Quote

Audit Findings – Their importance and how to respond to them

How are audit findings classified?

In line with ISO 19011:2018 i.e. (guidelines for auditing management systems), audit evidence normally would be evaluated against audit criteria in order to determine audit findings. Broadly speaking, audit findings can be graded as either a conformity or nonconformity.

These are all the possible approach to classifying audit findings i.e., conformity, nonconformity, observation and opportunity for improvement.

What does each finding mean?

Nonconformity in line with the ISO 19011:2018 standard can be graded depending on the context of the organization and its risks. This grading can be quantitative (e.g., 1 to 5) and qualitative (e.g., minor or major). However, in practice, nonconformities are usually classified into either major or minor by virtually all certification bodies. A nonconformity simply refers to non-fulfilment or partial fulfilment of a requirement. In other words, it is a major breakdown or partial breakdown in the system.

Finally, we may classify the audit findings into opportunities for improvement in which case, we have found sufficient evidence to demonstrate conformity with the requirement of the management systems, however, we have also noted a more efficient approach to conforming with this requirement. An example here is using a visitor management solution to manage visitors’ activities in the organization as against using manual log-book.

The importance of issuing audit findings?

How those can help companies to improve?

Because of the nature of audit as an independent activity, a lot of times, some nonconformities or weaknesses are normally discovered during an audit exercise. When nonconformities are given proper attention (by applying correction and corrective action), they always translate either into some cost savings, optimized processes and realization of the management system goals and objectives and by extension realization of the business objectives amongst others.

The way to respond to the findings

The auditee would need to respond to the raised nonconformity by providing the following:

The root cause will aim to address the problem from its source in order to ensure the nonconformity is tackled from its root. A common technique used for addressing this is called the fishbone diagram also known as the Ishikawa diagram – identifies possible causes for an effect or problem.

Also, a correction will be proposed to contain the problem from spreading further into other areas of the management system. Hence, a correction is a short-term measure or a containment strategy.

These actions i.e., correction and corrective action would be evaluated or verified by the auditor to ascertain that the proposed actions can correct or prevent the reoccurrence of the identified nonconformity.

However, when the audit findings are a conformity, the auditee do not need to provide any response to the auditor. 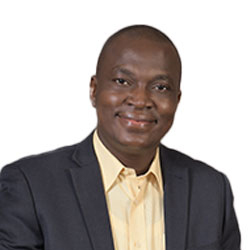 Oludare Ogunkoya is a well-breed auditor from diverse perspective with over 20 years industry experience. He is an astute practitioner in the field of Governance, Risk and Compliance (GRC) in various sectors including financial institutions, manufacturing and public sector, among others. Since 2017, on behalf of MSECB, Mr. Ogunkoya has been leading audits for many large firms with a lot of diligence and in the most professional way. His will to cooperate, his impartiality, his punctuality, and his outstanding professional preparedness against ISO/IEC 27001:2013, ISO/IEC 20000-1:2018, ISO 9001:2015, ISO 45001:2018, and ISO 22301:2019 has been prominent in all the audits that he has conducted. We are honored to have Mr. Ogunkoya part of MSECB Auditors Network.

Get a Free Quote!

Get a Free Quote!

About MSECB
Work with us
Get Certified with us

This website uses cookies to improve your experience while you navigate through the website. Out of these, the cookies that are categorized as necessary are stored on your browser as they are essential for the working of basic functionalities of the website. We also use third-party cookies that help us analyze and understand how you use this website. These cookies will be stored in your browser only with your consent. You also have the option to opt-out of these cookies. But opting out of some of these cookies may affect your browsing experience.
Necessary Always Enabled
Necessary cookies are absolutely essential for the website to function properly. These cookies ensure basic functionalities and security features of the website, anonymously.
Functional
Functional cookies help to perform certain functionalities like sharing the content of the website on social media platforms, collect feedbacks, and other third-party features.
Performance
Performance cookies are used to understand and analyze the key performance indexes of the website which helps in delivering a better user experience for the visitors.
Analytics
Analytical cookies are used to understand how visitors interact with the website. These cookies help provide information on metrics the number of visitors, bounce rate, traffic source, etc.
Advertisement
Advertisement cookies are used to provide visitors with relevant ads and marketing campaigns. These cookies track visitors across websites and collect information to provide customized ads.
Others
Other uncategorized cookies are those that are being analyzed and have not been classified into a category as yet.
SAVE & ACCEPT